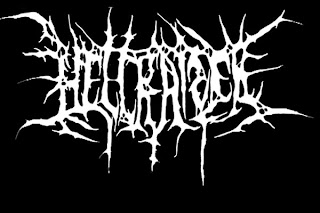 in end 2009,We started recording our demo songs t

hat consists of 4 tracks,This process of recording our first.on this EP Demo album gave us a lot of influence and re-learning.Demo EP we give the title "Bleeding Tragedy"

in 2010,we re-entered the recording studio,record some new songs and old songs from the Demo EP album 2009 "Bleeding Tragedy".on this album we improve the quality of the songs and sound,we own this album release and metalhead really enjoy this album.this album we give the Title "The Revenger"

And For New concept 2011,we re-entered on the studio,recording new songs with new compositions and a more brutal sound and progressive.gave birth to the concept of a song more conceptualized and tidy,this demo album we give the Title "The Fourth Dimension"

And Now in 2012,Our Album "Transcendent Transformation" Released by Rotten Records INA,through an extensive distribution, we tried to introduce our songs to metalhead around the world.
Now we will concentrate on EP album at the end of 2012...We Can't Wait.