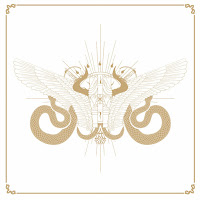 The fifth album from Mexican Black/Death Metallers Black Hate is called "Altalith" drowning the listener in another dimension. It's a Blackened spine in which various elements connect, giving rise to a strong structure. The most interesting in this album is character selection in guitar, progressive touch and make use of dissonant intervals combined with tremolo picking that sound more agressive and faster than their previous album, other than that the addition of nice instrumental parts that give a nuance that soothes the heart and mind so that create a calmity. 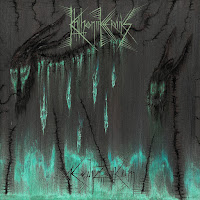 German Black/Death Metal group Khthoniik Cerviiks comes to offer some unique vibration and sick refreshment through their sophomore album "Æequiizoiikum". Here they cram cruel and crush music with exploration from all angles, sharp and broad. The gripping melody makes the listener reach a beautiful climax. This album shows old school blackened death metal in all its daring full frontal strikes, dripping with atmosphere and menace. It's some nice music that really recommended to check. 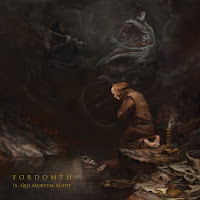 Atmospheric Black/Death Metal outfit from Catania, Italy Fordomth deliver and spread a havoc that wrapped with Horror Atmospheric on their sophomore album "Is, Qui Mortem Audit". This album was conceptualized neatly, the music is depict the grim misery that was slash all sides of heart and minds. The feral guitar riffs that will crashing and sink you into the pit of sadness. Is, Qui Mortem Audit is a curse that leads to contemplation of things that are unsaid, without titles and sounds, with mysterious rituals and tastes; where, perhaps, the whisper of death is the essence of life.