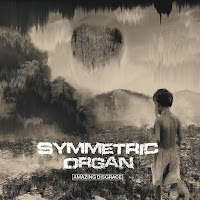 German Technical Death Metal group Symmetric Organ bring fire on their new album "Amazing Disgrace". This album sound more variable and more diverse than previous album, complex songstructure really slap and fuck my ear. They combine Technical Death Metal with classic grindcore, fast riffs and tons of blastbeats in this records really anesthetize mind. It's an aggressive music that will tame you and then destroy you at the same time. 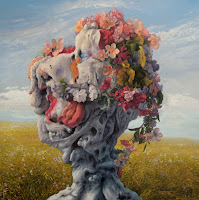 One of phenomenon new gems in Progressive scene Wilderun shows the amazing records in their new third album is called "Veil of Imagination". The band manage their music that technically have complex structure but still comprehensible and enjoyed for a spacious audience. Perfect combination between beautiful Melodic Death Metal and invigorating Progressive metal with a variety tastes make this album trully extraordinary. If you don’t know them yet, you should see and heard them by now. What they deliver through their music is definitely impressive and wonderful. 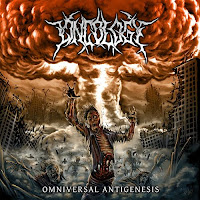 After succesfully astonish Brutal maniacs when they released their debut album, UK acts Oncology are return with more dangerous threats through a new album "Omniversal Antigenesis". They launch a deadly attack without mercy in every track on this album, blasbeats that echoes everywhere ready to blow your heads, wild riffs will tear your eardrums, and balanced with vicious vocal roar indicates that the torture will not end. Really sick Brutal death metal album.