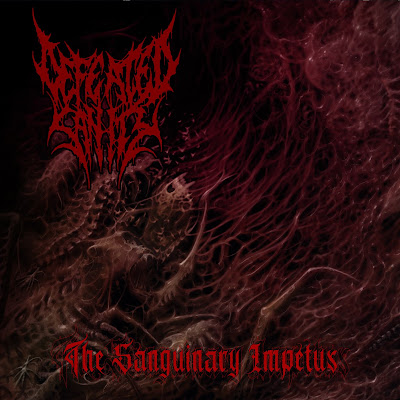 German Progressive Brutal Death Metal legend Defeated Sanity return with new album is called "The Sanguinary Impetus". After 4 years without a new album, finally on July 24, 2020 they released their sixth album with a wild and complex material structure as usual. On this album there is something different from before, Lille Gruber is not only in charge of giving a deadly blasbeat but he also attacks through sick and torturing riffs. Yes, aside from being a drummer, he also took on the role of guitarist on this album. And he did his new job very well, this was quite surprising to me, he was a respected drummer in Death Metal but he was also very horrified when playing the guitar. So that this album feels more awesome.

This album has been explosive since the first second. Punishing blistering drums, tearing guitar riffs, heavy bass kicking in the ears, and sick vocals such as regulating attacks on this album. Every track in this album is sick, complex, stunning, unforgiven, and will mess up your mind. It's the craziest attack of Uncompromise Death Metal this year, with perfect musical arrangements and merciless brutality. They remain a favorite for Brutal Death Metal addicts and this album for me is their sexiest album. The Sanguinary Impetus has released by Willowtip Records. If you like what you hear, support them honestly so that they continue to create sick material in the future.