By Mianydoire August 03, 2020
Luck Wont Save You - Sail Into The Abyss (Independent) 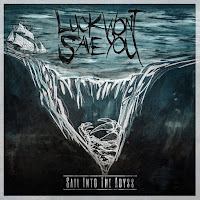 Duo Melodic Death Metal band Luck Wont Save You that created by Russell Ect and Jared Klein (Rivers Of Nihil, Flub, Enslave The Creation) back with new EP is called "Sail Into The Abyss". First time I listen this record Im fallin love with the arrangement, they focuses on progressive writing and a dichotomy of melodic and dissonant sections in this EP. With some guest musicians make this EP sound damn good, slap, stunning, and really blow my mind. 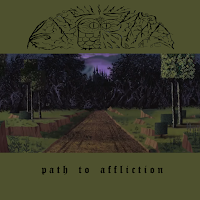 Debut album of one man Hungarian Progressive Black/Death Metal Killermia deliver a horror message about Depression and Darkness to listeners. Songwriting and arrangement in this album is good, complex structure of Progressive Death Metal with cruel Black Metal wrapped with some accoustic section in some song, sweet guitar solos, and blazing vocal make this album sound and like describing anger at deep depression. This project created by Peter Lepovets, for me it's good records for a solos project, the music that present is nice. 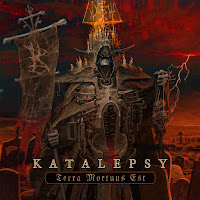 Russian Brutal Death Metal Monster Katalepsy is return with new album after 4 years vacuum. If talk about this band which always looms in my memory is a complex slam machine, but after I listen their new album Terra Mortuus Est slightly different than previous album. On this album they don't lower the complexity, and a groove rhythm that reverberate will make you stagger and stumble. Although the slam presented is not as thick as it used to be, but the arrangement on this album is really crazy with high level technical will make you dizzy and then executed with a groove blow that will throw you away to another dimension. I hope you don't sleep on this new records, because when you hear this album you are like entering a danger zone that at any time can harm you, so prepare yourself guys.