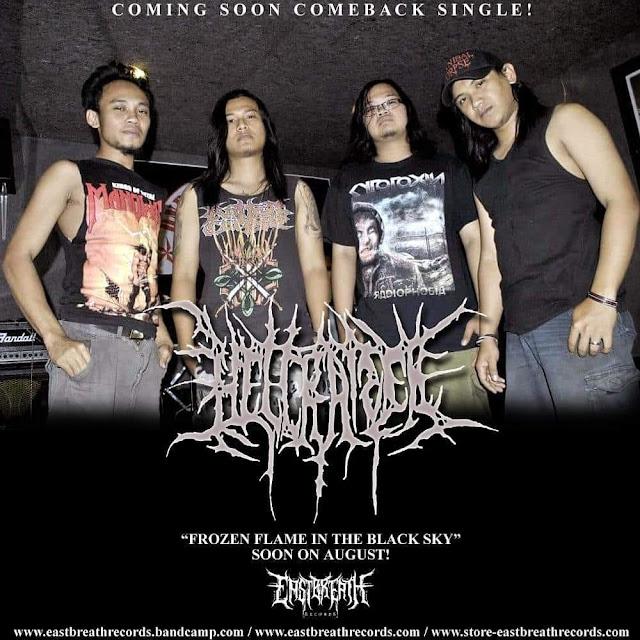 Long time not heard they are secretly working on new material for their next album, about 6 years of vacuum since releasing the album Disclosure of Cosmogony: Dawn to the Ruination in 2014, finally this year they rise up and release their latest single soon titled Frozen Flame In The Black Sky which will be released in late August or early September. On this day they were announced as new members of Eastbreath Records. In addition, they are currently preparing a demo which will be released this year too.

Hellraizer is Technical Death Metal outfit that formed on 2008 in Nganjuk, Indonesia. Starting their career as a band they played Metalcore music, and over time they decided to change their music concept to Technical Death Metal. Their songwriting was influenced by bands such as Arkaik, Psycroptic, and Suffocation. So far they have released 3 albums and 2 EPs, and on their next album they will offer something more fresh and more banger. All these curiosity will be answered through their new single which will be released in the near future.