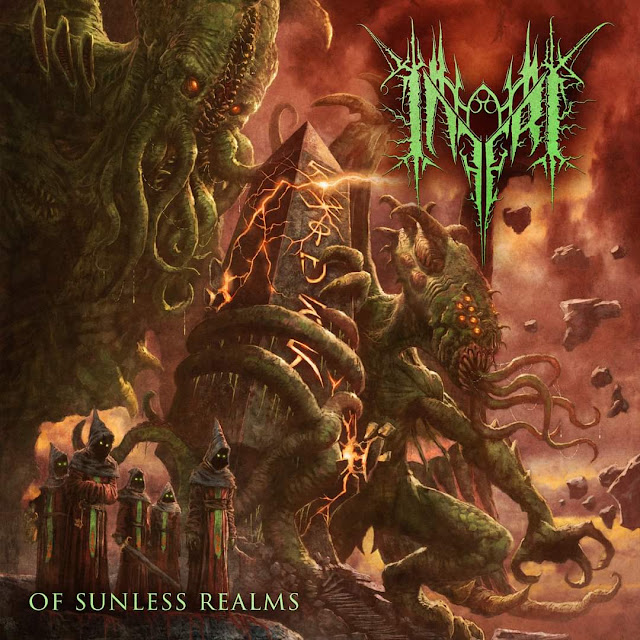 Tennessee Technical Melodic Death Metal Knights Inferi today bring killer news, they have announced that will release new EP is called "Of Sunless Realms" on October 9th, 2020 via The Artisan Era. I'm become the big fans of them since they release album "The Path of Apotheosis" on 2014. After releasing that album, they have become more productive and have become a very popular band to date, so this EP is certainly a special gift and surprises for fans in this year for them to keep enthusiasm in fighting this global crisis. Can't wait to listen their new material.

Inferi's statement about this releases:
"We have been hinting at a new full length for a while now. However, since 2020 has had its fair share of surprises already, we thought we would do something unexpected and make something happen during this global downtime. We bring you a new 5 track EP, “Of Sunless Realms” in Stores Oct 9th. We still have a full-length album in the works and will continue to put all efforts into making it the best release we can."