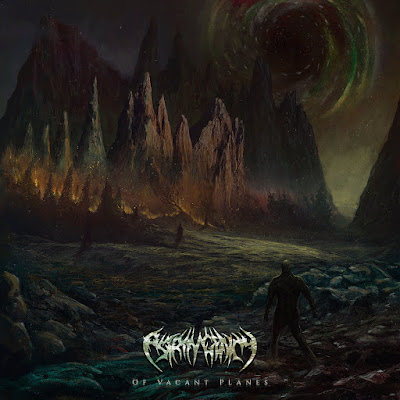 Texas Technical/Melodic Death Metal gangs Astringency bring fire on this new album is called "Of Vacant Planes". This group formed by Aaron Prentice and Jordan Hackett in late summer 2008 and have released EP The Horrors I Beheld on 2013 and debut album Sanguinarium on 2017. Now this year they are back with more promising music, more chalenging, and sick musicality.

Since they released their initial single as an introduction to this album, I already had the feeling that this album is amazing, and it's true that after hearing the whole material on this album, it's really an invigorate music in my opinion. Starting from songs like A Mother's Touch, Sojourner, Impetus Vitalis, and Recrudscence, which have comfortable beats to dance until die, or songs like A Glorious Death to the last track Abdicate which never stops presenting sweet riffs that rip our minds.

Of Vacant Planes is an extraordinary album packed with complex song-structure with dynamic tempos, catchy riffs, and sweet melodies that stimulate emotion and blow the mind. Highly recomended to check!