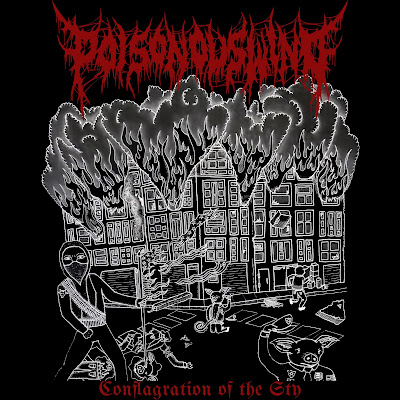 In this album Kevin try something different with another project, he mix old school Black Metal with Death Metal taste that sound dark and raw. Inconsiderate guitar riff by presenting a horror atmosphere in every song, this album is able to sedate everyone who tastes this album until it dissolves in an endless dark atmosphere. The songwriting on this album influenced by bands such as Sarcófago, Mystifier, and early Sepultura, some old school stuffs bring to modern era.

Conflagration of the Sty is an album that can drag you into the unseen world by presenting thousands of nightmares that can torment your mind and mind until you lose consciousness in an instant and wake up in a weak state. Definitely recommended to the seekers of the bestial Black/Death Metal vibe, and everyone else looking for the quality headbanging soundtrack.