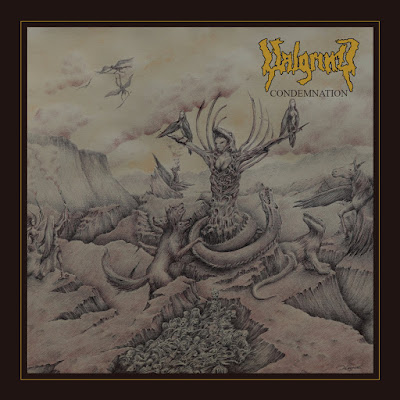 Valgrind is an Italian Death metal band formed in 1996 by Massimiliano Elia. Had experienced some internal problems in the band, until 2002 they only released 1 EP and a few demos, after which they were on hiatus for a very long time. And in 2012 they rose from their old slumber and released three albums and an EP in 2017. In 2020 they released their fourth album entitled "Condemnation" released by Memento Mori.

In this album Valgrind still plays a fairly varied style of Death metal that mixes devastating riffs wrapped in crushing old school taste and reinforced with torturous technical touches. It is undeniable, this album is excellent releases, there is something intangible beauty with a uniqueness that cannot be underestimated that this album deserves more attention from Death metal maniacs.

Condemnation is a magnificient show of Italian knights who brought a fresh breath from Valhalla to convey the great messages of the gods contained in a brilliant album that has many ideas without losing the focus of the album itself.