Review: Fires In The Distance - Echoes from Deep November (2020) 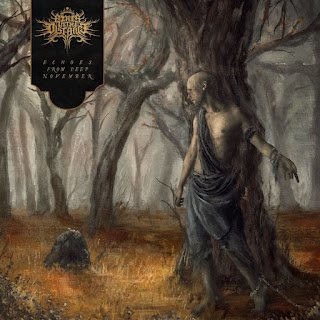 You may still unfamiliar with Fires In The Distance, they are Connecticut-based progressive melodic death / doom metal quartet, and is a side project formed by several member of Archaic Decapitator. As a newcomer they offer fresh music and different with other through their debut album entitled Echoes from Deep November which was just released by Prosthetic Records.

Their debut album is really fantastic, with excellent melodic content, beautiful tones, crushing riffs, sweet atmospheric, and clearly executed ideas, Fires In The Distance captures the extraordinary imagination. Their awesome ideas are presented through track by track on this album such as The Climb, Elusive Light, The Lock and The Key to Sundial. Dazzling guitar solo, attracts attention, tortures the mind and provoke the deepest emotions.

Echoes from Deep November is a record that vigously proves that Fires In The Distance is a fierce newcomer, driven by a beautiful guitar tone with a clever songwriting structure, there is something inherently catchy about this album. If you enjoy death doom metal with beautifully crafted melodies and riffs, smart progressive touches, and rich atmospheric synths, do yourself a favor and check out this album. Each song shines on its own but all of them are bound by one cohesive theme. An amazing debut album from the band that I will definitely follow for years to come.