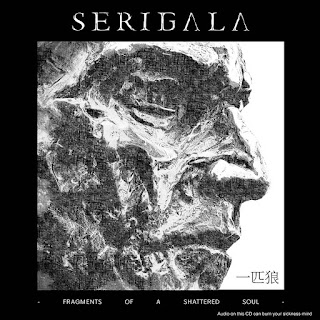 It's great to be back writing on this blog, after a while on hiatus due to busy work that can't be left behind. Well, to start this habit again, this time I want to recommend a band that has just released their debut album, they are Serigala. For those of you who are still unfamiliar with this band, let me introduce you, Serigala is an Indonesian solo project formed in 2020 by Muhammad Jody which offers a little new color in their musicality.

Their debut album entitled Fragments of A Shattered Soul, for Jody is a proof of his seriousness in working on this project. After previously he had no time to release an album in his previous bands. In this album they depict the burning emotions in the music of Dark Post Black Metal with strong Melodic accents, melancholy Shoegaze, invigorating ambient, strong progressive elements combined with sad acoustic accompaniment, agressive nuances, harmonies and with roaring vocals that show a deep sorrow.

Fragments of A Shattered Soul is a spectrum of overflowing emotions that depicts a broken soul and produces feelings of despair and deep sadness wrapped nicely in dark yet refreshing music. At first glance, this band remind me of Deafheaven and Wrvth. This album has just been released by Eastbreath Records, if you like their music you can support them by spread their music to others to get more attention.