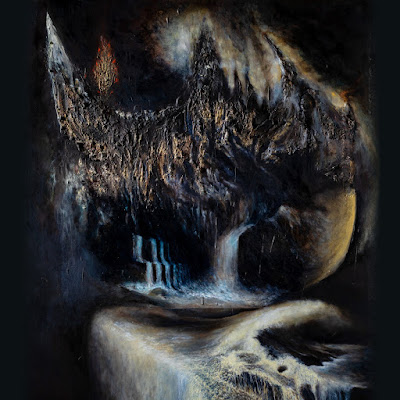 Finally, Ad Nauseam is back and released their most anticipated album is called "Imperative Imperceptible Impulse" that released by Avantgarde Music. If you are unfamilliar with them, Ad Nauseam is Avant-Garde/Technical Death Metal with stunning dissonance and blackened touch,  they are formed in Schio, Italy in 2011.

By this sophomore album they are making something even more fresh in terms of composition, music structure and sound that definetly become a promising album. From their hermitage, Ad Nauseam produced a very layered and complex musical pattern where each instrument was outstanding in its entirety. Both the concept of harmony and melody has created in this album brought out an eerie and scary atmosphere that make me goosebumps. Well it's a great work of them, and I must admit, this album is one of best album this year, undeniable!