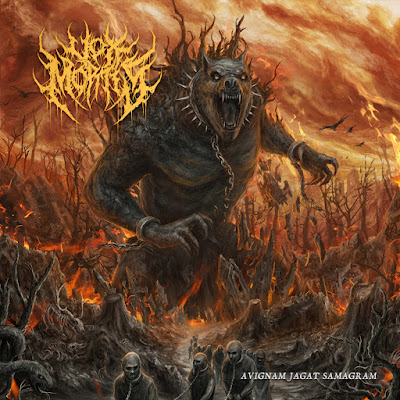 If we talk about crime whatever its form is an act that is very censured, not only to fellow humans but also to animals. Lately we have seen many crimes against animals in social medias, especially domestic animals such as Cats and Dogs. Starting from these issues, a band called Vox Mortis was formed, they were born to speak up the issue of animal welfare and the environment, they tried to convey moral messages to us to always keep and protect animals from crimes and they strongly condemn those who torture the animals.

The album contains 13 killer tracks, Musically, they offer death metal music with a progressive touch, sharp guitar riffs, intense blast beats, and angry growl vocals. The composition of the music is made as aggressive as possible with the wrapping of several synths which creates an epic atmosphere that influenced by band such as Suffocation, Morbid Angel, and Behemoth.

For me this is an amazing album, an album that represents us as animal lovers. For me they are social heroes who fight against animal crimes, so this album deserves a lot of appreciation and big applauses.