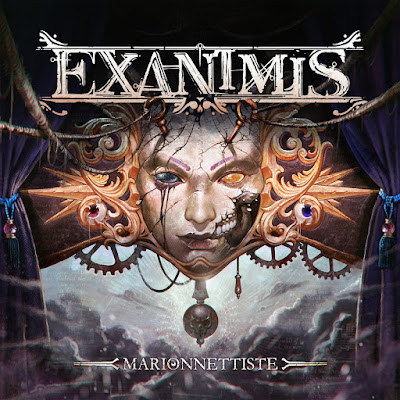 Exanimis was appeared and formed in Nancy, France in 2015. They play symphonic death metal full of magnificent orchestras and theatricals. On March 5th, 2021 they released their debut album is called "Marionnettiste".

Marionnettiste is a symphonic death metal masterpiece that packs a complete and brilliant show. It is difficult to briefly describe what treats were presented, suffice it to say that they were immensely gifted at playing such a magnificent and classy symphony with sweeping pianos, elite orchestral arrangements, choral reverberations, epic poetry, eerie moments, varied and complex riffs, captivating guitar solos, and a strong horror atmosphere in every song that is presented. It is highly recommended that you enjoy the shows of this album now, trully a sick record that surprising and amazing.