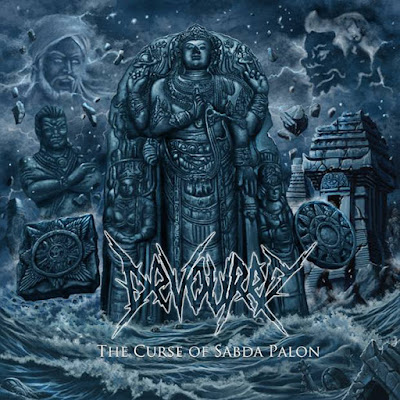 Devoured is an Indonesian death metal band that was born in 1998 in Yogyakarta, their name is quite recognized in their scene with the variety of music they release. After hiatus for a long time where they released their debut album "The Lost Kingdom" in 2012, now they are back with a new album titled "The Curse Of Sabda Palon" which will be released by Sadist Records and an international version by Vrykoblast Production on April 30th, 2021. 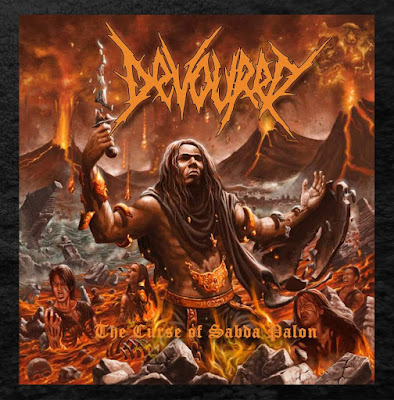 In this new album they try to carry a new concept that is different from their previous concept Brutal death metal, on this album they offer dark old school death metal with intense and devastating riffs, jolting and memorable melodies, filthy and vicious vocals, and bleak atmospheres that influenced by Swedish and classic American styles. Besides the captivating music, this album is also neatly conceptualized in terms of lyrics where they convey historical stories from the era of the great Majapahit kingdom, an interesting story from one of Indonesia's greatest histories. I recommend for fans of old school death metal music like Entombed, Nihilist, and Carnage to check this gems. An extraordinary album that is well conceptualized and produced with a natural sound.