Colorado cosmic death metal group Astral Tomb just announce new album is called "Soulgazer", it's the debut album of them that scheduled will be released on March 25th, 2022 via Blood Harvest Records.
Band statement's about this album:
"Soulgazer is a narrative of inner awakening. It is the product of over a year of arduous personal journeys, and collective experience. By exploring inner and outer space, we cultivated each track to reflect a different part of the cyclical nature of our realities. One of our biggest criticisms in the past has been our production, and thanks to Pete DeBoer at World Famous Studios, we have finally encapsulated a sound that we think sets a standard for ASTRAL TOMB. Coming in at a little over 30 minutes, the music speaks for itself, and there’s not much more to say until you hear it in March."
Along with this announcement you can check the first single and can pre order this album on Bandcamp 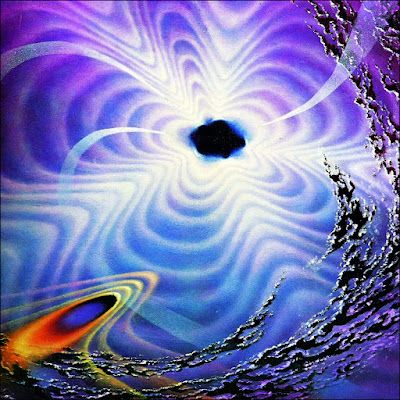 Tracklist:
1.Transcendental Visions
2.Be Here Now...
3.Inertia (Crashing Through The Doorways Of Eternity)
4.Traversing The Wandering Star
5.Ascending A Pillar Of Light