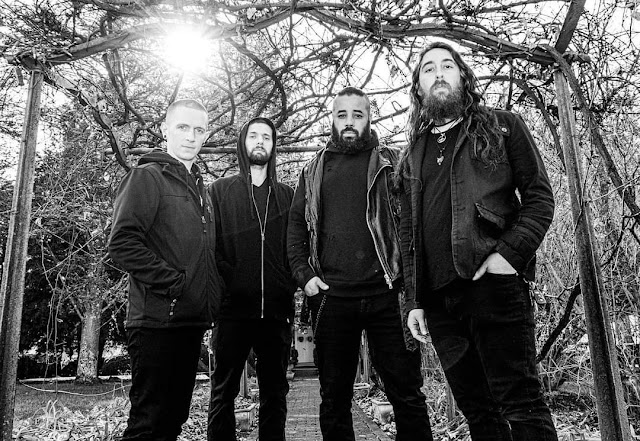 Philadelpia Blackened/Melodic death metal group IATT have announced new album is called "Magnum Opus". This is the third album of them and follow up their previous album "Nomenclature". This album will be released on May 27th, 2022 via Black Lion Records.
The band's statement about this new album:
"We’ve meticulously crafted this album to leap from where Nomenclature left us thematically. The listener is catapulted from the 1700s (Arsenic Ways) further
back in time to a much darker, older world and the esoteric sciences of Alchemy. The album features guest performances by musicians from UADA, Rivers of Nihil, Emperor, and Windfaerer among others.
It was in this time man aimed to harness the world around him, bending the natural
elements in a quest to obtain power, knowledge, control, and even immortality
itself. Alchemy was the key to unlocking the secrets of existence and elevating
one’s self to the pinnacle of enlightenment through transmutation and
manipulation of the earthly elements. It was only through the process of Magnum
Opus (the great work) that alchemists could harness the elementals in their purest
form to create the Philosopher’s Stone - the key to power, enlightenment, and immortality.
Just as in alchemy itself, creating this album has been a journey of transformation for us; a period of great growth as individuals and as a unit.
It’s through adversity, struggles, and the forging of the elements - of literal blood, sweat, and tears - we strive to transcend and elevate to our highest selves, “the great work”, Magnum Opus" Tracklist:
1.Servitude Subjugate
2.Ouroboros
3.Prima Materia
4.Elixir Of Immortality
5.Exculpate Exonerate
6.Demiurgos (Architect Of Disaster)
7.Planes Of Our Existence
8.Seven Wandering Stars
9.Chrysopoeia (Bonus Track For CD)
From this announcement we haven't been able to listen to the first single from this album, but we can check the album teaser first.
Pre order here