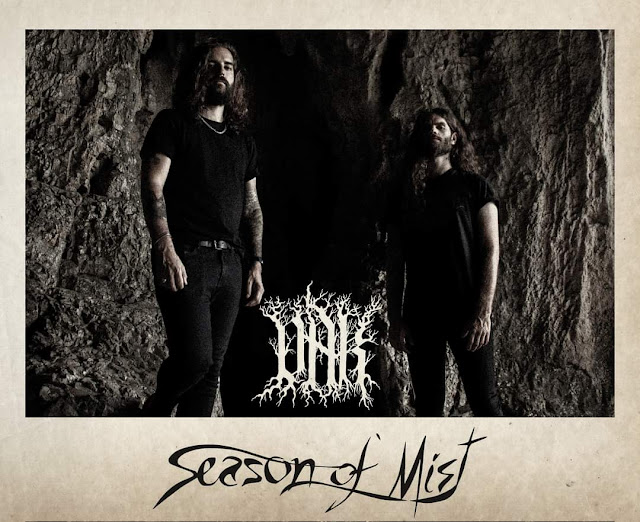 Portuguese Atmospheric death/doom metal duos OAK have joined with Season Of Mist to release their sophomore album later this year. OAK have formed in 2018 at Porto, Portugal by Pedro Soares and Guilherme Henriques, and have an album is called "Lone" that released on 2019.
OAK statements about this announcement:
"Back when we first started, we wanted to trace the path of a true giant. Today, following its marks carved into the ground, we have come further than we ever imagined. We came face to face with a colossus and, looking up, we now know what "giant" really means. From now on, OAK is a Season of Mist artist and we are set to release our second album this year."
Listen to OAK's debut album 'Lone' via Bandcamp here