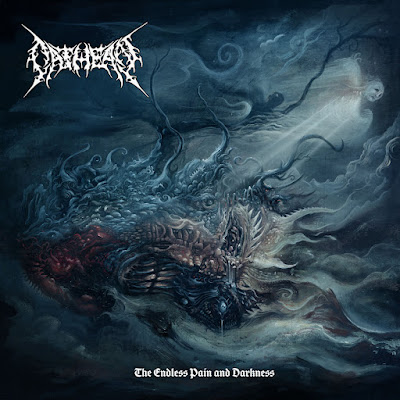 Yeah, in the end of 2021 ago, we got new album from Korean master Oathean is called "The Endless Pain and Darkness". The band has woken up from a long slumber after last releasing a self-titled album in 2010. And this new album is also a reunion of their old members and a sign that they are still solid like before.
The Endless Pain and Darkness is their sixth album on their career, this album come with some version, Asian version released by Eastbreath Records, Korean Version released by Jusin Productions, also Europe Version soon will be released by Earth And Sky Productions.
This album presents a sweet blend of melodic black metal with death metal, spiced with magnificient symphonic strains, glorious orchestras, and epic Korean traditional music. This album contains some energetic, majestic, and sorrowful tracks, such as Desperate Sorrow, Breath, Autumn Light Memories, or The Pain and Despair of the World. If you check the Asian version released by Eastbreath Records, you will got 2 bonus song from their old material with remastered version, such as The Eyes of Tremendous Sorrow and The Rotten Egg Smell Stuck on My Belly.
Overall The Endless Pain and Darkness give us a stunning journey through a beauty, dark, sad, and solid melodic black/death metal music with astonishing maturity and emotional depth. It's got perfectly tempered music, elegant melodies, sweet and nice riffing, tasteful keyboard sections, heart-touching guitar solos, emotional vocals, crushing blastbeats, and much more. It's an incredible and memorable album. Highly recomendation for fans of Emperor, Dissection, Old Man's Child, Chthonic, Black Kirin, Ritual Day, Anthelion, Anorexia Nervosa, Black Kirin, Limbionic Art, and Obtained Enslavement.