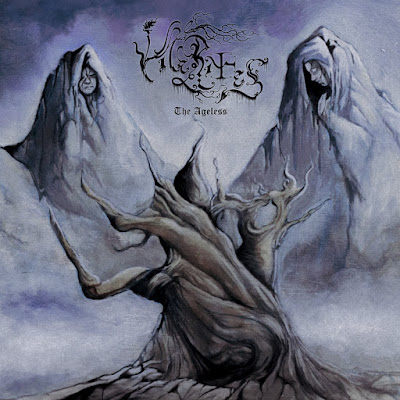 Vile Rites is a progressive death metal band that formed in Santa Rosa, California, they just release the outstanding debut EP is called "The Ageless" that relesead by Desert Wastelands Productions on January 25th, 2022.
Well, when I listened to their first single "The Ageless" which was dropped at the beginning of year, immediately I fell in love with their musicality, they are a band that has an extraordinary musical vision. Musically, they write their music brilliantly, combining death metal with strong progressive elements and having some awesome psychedelic touches. The guitar playing is absolutely stunning, they knit beautiful, epic, intricate, and weighty notes, the bass performances are so delightful with an incredible lines tones, the drums are so catchy with powerful and devastating punches, and of course the vocals on this album is very solid and amazing. The beauty and ferocity of this album opens with the intro "Susurrus Balfourianae" and closes with the track "Spectre of Forgotten Light", in about 24 minutes you will get an extraordinary performance from these three people.
Vile Rites has steal my attention and took my heart in the first time I listened their music, and The Ageless is an oustanding debut records that deliver a quality progressive death metal with psychedelic touches, a lot of catchy and energetic guitar riffs, astonishing guitar solos, solid vocals, incredible bass lines, and wonderful drums. The songwriting is really fantastic with great craftmanship from every player. This is an amazing first offer from them, hopefully they will show more works in the future. Really recommended for you fans of Death, Cynic, Morbus Chron, Horrendous, and VoidCeremony.