I listen a bunch of album that released on January, after listening to one by one i tried to make a review but i can't afford to review them all, so i decided to make this list, hope this can help you to find some albums that you are looking for or maybe an album that you missed on January. So this is the list, here we go! 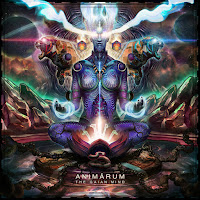 Animårum - The Gaian Mind
Animårum is Progressive death metal band from Union City, New Jersey, and they just introduce their first offer entitled The Gaian Mind, an album that provide us a catchy mix of progressive death metal with some great djent touches. As we know, maybe djent music is more identical and closely related to core-music, but in fact with the right dose they managed to combine it into a composition that fits with their death metal style. The songwriting on this album is really solid, featuring dense and heavy guitar riffs, catchy vocals, powerful drums, and some hypnotizing guitar solos. Seriously, it's great album with nice composition and outstanding productions. 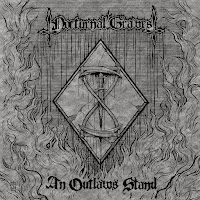 Nocturnal Graves - An Outlaw's Stand
Australian group Nocturnal Graves just release their new album is called An Outlaw's Stand via Season Of Mist Underground Activists. What a great stuff, I love this album so much, with so many aggressive, sharp, fast, and intense guitar riffs, terrifying vocals, and crushing drums dominating here, they almost give us no time to breathe and rest, only forcing us to headbange non-stop. This album has the best material of death metal, thrash, black metal and they managed to put it together become the most impressive album. Fuckin killer album. 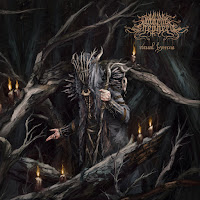 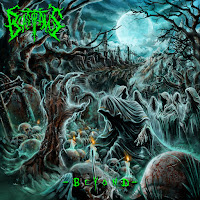 Blastanus - Beyond
It took a long time for Finnish group Blastanus to wake up from a long slumber, since they last released their second album Collapse in 2011. After going through hard work, at the beginning of this year they finally released their third album entitled Beyond, this album presents death metal music with a series of very intricate technical guitar riffs, accompanied with very energetic vocal, intense blast beats, and explosive bass. They executed it with a very solid and weighty composition, and a very fast tempo. From their long hermitage, they are transformed like aliens who come to invade your hearing with a very massive technical death metal attack, there is no time to breathe and think, because their music is very intense to tear your sense apart. Really uncompromize and unmerciful album, they just come to killing fast. 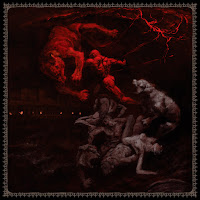 Deathcult - Of Soil Unearthed
The Switzerland death metal unit Deathcult is back with their sophomore album is called Of Soil Unearthed that released by Invictus Productions. This album delivers an evil death metal with some influences of Swedish death metal and black metal that arranged with their own taste and style, that features dark and crushing riffs, tight rhythm sections, intense eerie vocals both growls and howls, aggressive drumming, and soaring melodies solos. Really solid death metal album with great productions. 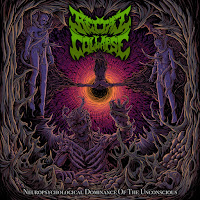 Rectal Collapse - Neuropsychological Dominance Of The Unconscious
Brazilian death metal crews Rectal Collapse is back with a new album is called Neuropsychological Dominance Of The Unconscious, they took 10 years to wake up from the long slumber and release their second album in this year. Musically, they offer a very catchy death metal with a strong touch of old school and progressive style. The guitar riffs are very blazzing with a very strong rhythm section, the vocals are very solid, the drums are very aggressive with the bass accompaniment that has a heavy tone line. This album is like an unstoppable rage from a band that has been pent up for a long time waiting for the right moment to spit it out, a very good album with amazing songwriting and production, listen if you haven't checked this one out. 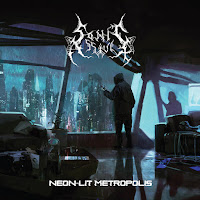 Sonic Assault - Neon-Lit Metropolis
Wow, this is a very on fire debut album from Swedish band Sonic Assault is called Neon-Lit Metropolis, delivering a composition that has a variety of flavors, they cleverly combine energetic thrash metal with aggressive death metal and violent black metal with a very charming progressive bandage, harmonic dissonance , and strong hardcore beats. The music can break the silence with terrifying vocals, devastating guitar riffs, excellent bass performances, and blazing drums. The songwriting is brilliant and the production very tight which creates an own uniqueness and memorable experience for the listeners. 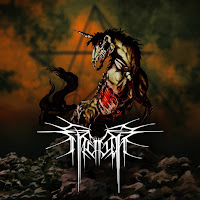 Fragda - Damnation Is Inevitable
This January we got some great deathcore releases, one of which is the new album from Hungarian units Fragda entitled Damnation is Inevitable, an album that gives us quality deathcore music, where they managed to integrate several elements into their musical style, such as black metal, progressive metal, djent, and also death metal which are packaged into very solid material. They spread fear with a gripping atmosphere and dark dissonance, along with horrific howls from vocalists, ripping guitars, and drums that literally hit our ear holes. A terrifying album that has an endless horrors, I think it's like Lorna Shore, Humanity's Last Breath, Anal Nathrakh, and Nightmarer dancing together in one alliance. Really great album with solid material, you should check this one. 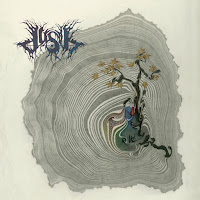 Dusk - Imaginary Dead
One of the bands making a comeback this year is Pakistani legends Dusk, they released their fourth album entitled Imaginary Dead via Cyclopean Eye Productions. In the space of 16 years they have managed to produce an extraordinary album, offering a melancholic death doom metal with sprinkling of epic progressive metal, sweet melodies, and some black metal elements here and there. The composition is very solid with a series of dazzling guitar solos this album managed to capture the listener with its softness. Really a good album. 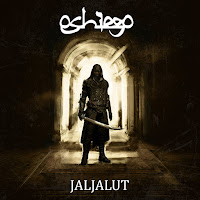 Oshiego - Jaljalut
This is the new album of Singaporean troops Oshiego entitled Jaljalut released by Seven Kings Productions. This album has amazing melodic harmonies that are fused into a solid death metal composition with a strong technical touch and epic middle eastern folk music. The guitar riffs are very catchy, the guitar solos are astonishing, and the vocals are very energetic. The productions is pretty stunning with exciting songwriting, It's a wonderful offering from the band that should not missed it and once again one of the great January releases. 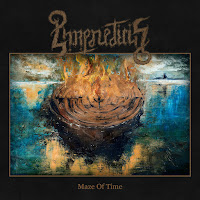 Phreneticis - Maze Of Time
Phreneticis is a progressive death metal band formed in Lisbon, Portugal in 2015, after seven years of career, finally this year they released their debut EP entitled Maze of Time. Musically, the band offers progressive death metal with some modern and old school touches mixed with some elements of black metal and thrash metal. The music is very solid with the foundation of energetic guitar riffs, very impressive vocals, beautiful bass, and also extraordinary drum performances. They constantly launch attacks through their astonishing guitar solos without losing their aggressiveness and brutality. A record that can kick and hit us in one attack, it is worth waiting for their actions in the future. 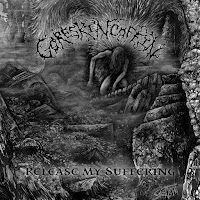 GoreSkinCoffin - Release My Suffering
After a four year hiatus, finally Californian blackened death metal/grindcore band GoreSkinCoffin return with new album is called Release My Suffering. In this debut album they drop a killing blackened death metal with some grindcore influences, soundscape that are cinematic, dramatic, and melancholic. The vocals are savage and monstrous, accompanied with a series of sharp and aggressive guitar riffs, also crushing drums. And some parts of the dark dissonance also come together to create an enduring horror. This is a short album, but the fear that created will imprint in a long time. 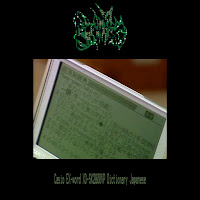 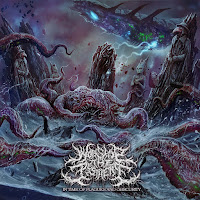 Worship The Pestilence - In Time Of Plagues And Obscurity
The Bolivian gang Worship The Pestilence is back with their second album entitled In Time Of Plagues And Obscurity released by Rotten Music. This album delivers the terror of brutality fused into one with very strong technical and slam elements, along with nasty vocals and very complex guitar riffs. They managed to mix brutality, complexity, extremity, and aggressiveness into a very lethal force. The production is pretty good with pretty creative songwriting. This is an album capable of ripping and destroying eardrums at the same time. 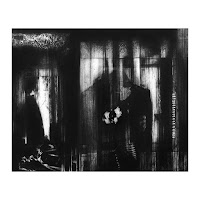 Vaura - Vista Of Deviant Anatomies
New York experimental group Vaura is back with a new album entitled Vista Of Deviant Anatomies. They always create an uniqueness in every album, in this new album again offer music that is very difficult to digest and describe, the music is full of cinematic, dramatic, dark, and haunting soundscapes. With gothic rock style vocals shrouded in a bleak atmosphere, this album is like the soundtrack of a dark story that is obscured in a mystery that will not be easily solved. An album that is very experimental and very difficult for me to digest, can only stick and permeate in my mind. 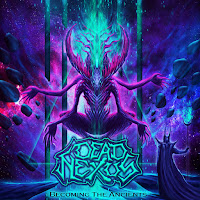 Dead Nexus - Becoming The Ancients
Oregon's death/thrash metal band Dead Nexus is back with a new album is called Becoming The Ancients, this album offers us death metal music with a blazing melody, a strong technical touch, and thrash metal elements here and there, all executed very interestingly with the selection of unique and unusual tones, the creative songwriting featuring torturous guitar solos, this album has caught my attention. Really solid album that should recognizable.