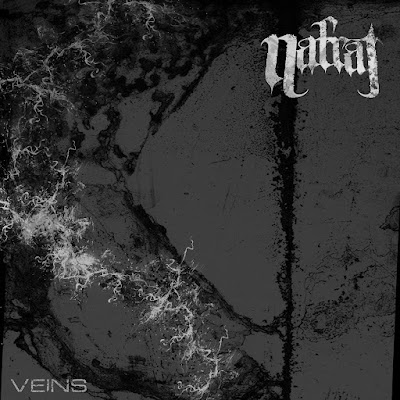 Nafrat is a death metal band that formed in 2003 at Singapore, they have released two album previously, Through Imminent Visions (2008) and Abnegation (2018), and this year they just released new EP is called Veins on February 12th, 2022.
Veins opens the barn of darkness on this EP with a dark and gloomy soundscape that shrouded in an atmosphere that is so gripping, evoking an eeriness that make us shudder with its sadden melodies, then In Absentia responds to these ghastliness with vile dissonance attack that accompanied by a series of dense and dark guitar riffs, vicious vocals ooze relentless rage, while his bass performances showcasing a weird and jarring notes, and its powerful drums crush us with fast and deadly thumps. The EP concludes with Oculus, a track that bursting a dark dissonance on a different level than previous tracks that is shrouded in a murky melody that continues to menace, then explodes with a chaotic and swirling riffage that amplified by solid vocals and fast drums like a bullet. This is the end of this short but harrowing journey that will have an impact on the psychic trauma that continues to haunt.
Veins is a short but catchy EP that showcases the incredible craftmanship of each member, it's an evolution of their musicality towards a more dissonant and darker death metal that peppered with some strong progressive elements and a bleak melodies that are menacing. They built this EP with a series of chaotic, thick, and swirling guitar riffs, eerie vocals, wacky and jarring bass performances, also fast and dense drums. The songwriting is really interesting with outstanding production. Hopefully this EP will be an opening valve for them to create other more challenging musics, it's an EP that deserves more appreciation.