Finally the waiting is over, Atlanta, Georgia based progressive/technical black metal duos Tómarúm will release their anticipated debut album is called Ash In Realms Of Stone Icons via Prosthetic Records on May 6th, 2022.

Along with this announcement the band has released the first single In This Empty Space, you can stream here 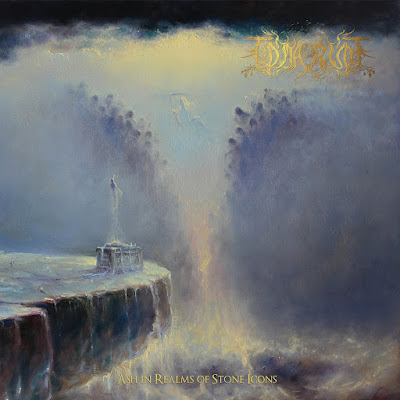 Guests:
Arran McSporran - Fretless Bass
Spencer Moore - Drums
Aaron Baumoel - Keys
Marissa Godinez - Vocals on “Where No Warmth is Found”
Matt Warner - Guitar on “Awake Into Eternal Slumber”
Some basslines on “Condemned to a Life of Grief,” “In This Empty Space,” “Where No Warmth is Found,” and “As Black Forms from Grey” written by or co-written with James Peterson