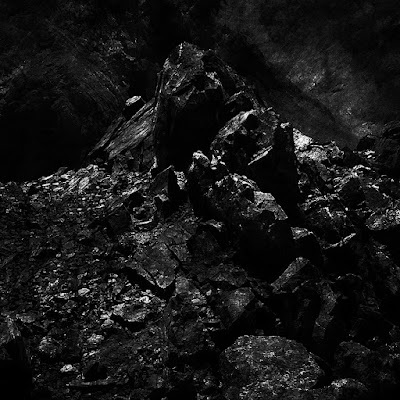 Deathspell Omega is one of the phenomenal bands in the world, especially in the realm of dissonant black metal music lovers. Album after album that they release always brings its own sensation when listening to it and has become an inspiration for several dissonance-worshipping bands, both black metal and death metal. This year they made a surprise by releasing a new album is called The Long Defeat which was released on March 23th, 2022 via Norma Evangelium Diaboli. Yeah, of course this is a joy for every their fans.
The album opens with Enantiodromia, a song that creates a depressing, worrying, and heartbreaking atmosphere that born from a series of somber and gloomy melodies, then a bleak dissonance is spewed out to create a havoc along with its eerie vocals, allowing the band to create a very dark sonority, before the scary, weird, and chaotic sampling passages throws us on to the next track Eadem, sed aliter, a song that opens with a poignant dissonance that melted with a dismal melody and incredible progressive foundation, the track flows and moves along with murky and dark guitar riffs, powerful vocals, and energetic drums, while a wrenching guitar solos arrives to send a haunting tone that will envelop us to the end and make an unpleasant feeling. The Long Defeat, a song that is the heart of this album, exhale a gripping darkness with a more melodic and melancholic structure, moving gently and smoothly towards the altar filled with sadness. The tones conveyed on this track are more solemn and heart-touching, it's very different from what I have heard from them, this track is more accessible and digestible, then Sie sind gerichtet! striking with dark dissonance and heart-piercing melodies, they've returned to this track with a crunchy and more enjoyable musical structure, which accentuates the beauty of its melodies but doesn't lose the dissonant and progressive side they've built so far, the album closes with Our Life is Your Death which has a heavy and energetic composition, this song sounds more fun and catchy by featuring a series of crisp and smooth guitar riffs, excellent bass, solid vocals and incredible drums. This track makes for a pleasant ending and brings complete satisfaction.
The Long Defeat is an album that is very different from what we already know from them, where they always bring chaos and darkness through cruel and vile dissonance, but on the contrary in this album we will be spoiled with melancholy and beautiful melodies but they still present a dissonance with the lower dose. The songwriting on this album is more accessible and digestible for all people who are supported by an extraordinary production. It's a different offering from them but the music served is still of high quality that bring a sensation that we didn't get before.