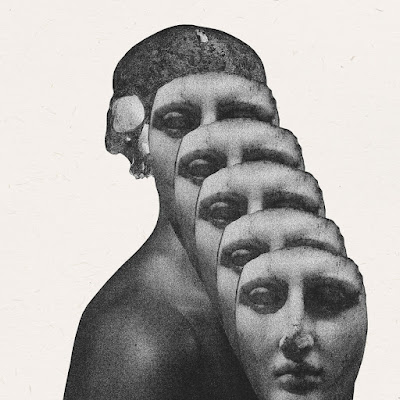 Ultha is a black metal band that formed in 2014 at Cologne, Germany. This band was released new album is called All That Has Never Been True on April 1st, 2022 via Vendetta Records.
The album opens with Dispel, a song that immediately breathes a frosty atmosphere above the cruelty of black metal that continues to haunt, where its dark melody seems to give an illustration of deep despair with all suffering, continues with Der Alte Feind (Jeder Tag Reißt Wunden), a long number track that filled with the hot energy of black metal that boils like hot lava that will burn everything with blazing fury. The guitar riffs are melancholic and poignant that combine with horrific vocals, thick bass, and blaring drums to create an anguish that lingers until the end, before Bathed In Lightning, Bathed In Heat comes with a long dramatic introductions, then explodes with a terrifying force of crushing beats and oppressive patterns, while its intoxicating rhythm manages to muffle a moment as the cruelty begins to peak with fierce energy, until He Knew And Did Not Know arrives with a mystical and mysterious voice offering that soundtracks a shriek of deep pain and creates an uneasing and worrying atmospheres. Carrion (To Walk Among The Spiders), a track that has a thick textured sound that pulsates and reverberates with a menacing and unsettling melody, gloomy screams and terrifying vocal howls alternately spread fear along with a poignant dissonance, then continue to stretch that form a dark sound palette that shroud every side of this song, followed by Haloes In Reverse with its strong vibes that dancing over an exciting rhythm, before moving into gruesome realms as the roar of furious vocals greeted its arrival with the accompaniment of somber and murky guitar riffs, heavy bass, and torturous drumming. This song has a solid construction by placing a haunting melody as its soul to bring the fear that grips to the end. And the show ends soon when Rats Gorged The Moon...And All Fell Silent comes with its discordant melody. It is the longest track on the album that allows the band to create anxiety, fear, and sadness that stand until the last moment to welcome a terrible catastrophe.
All That Has Never Been True is an album that brings anxiety, despair, worry, and fear at the same time through a harrowing black metal performances with a gripping atmosphere and haunting melodies, sometimes they also present some unsettling dissonance as a variation in small portions that formed from dark and dramatic sound pallete. The songwriting is really outstanding with a depth of terrible emotion and anger. This is an album that has incredible productions with great craftmanship of every member that easily reach top tier of black metal caste, what a wonderful show.